Who is cut off for right field? 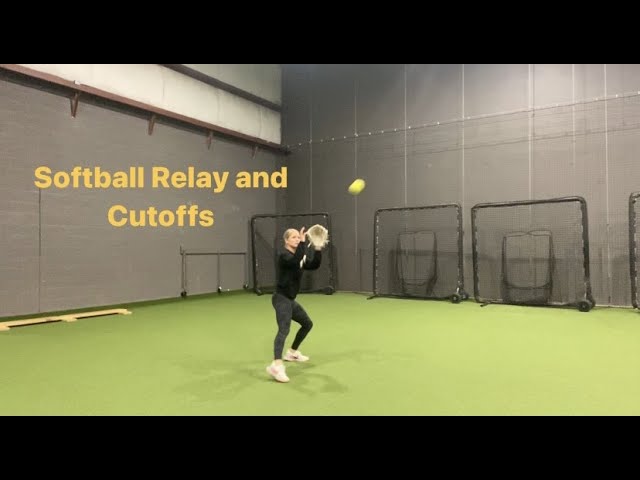 Does pitcher ever cover third base?

Catcher: Tell the infielders where the throw is going. Pitcher: Cover the third base line. If you field the ball, listen to the catcher’s instructions, and then throw to the appropriate base. First baseman: Cover the right side of the infield.

Who is the cutoff man in softball?

Cut off is the second baseman (Unless the throw can go straight to second base where the SS is covering). Cut off depends on the side of second base that the hit ball traveled. The second baseman and shortstop need to communicate and one must take the bag and the other the cut-off.

What does relay mean in baseball?

A relay typically occurs when a ball is hit deep in the outfield and your outfielder does not have the arm strength to get the ball to the necessary base from where they field the ball.

What is a relay throw in baseball?

How do you teach cutoffs in softball?

Is a cutter the same as a cut fastball?

In baseball, a cut fastball or cutter is a type of fastball that breaks toward the pitcher’s glove-hand side, as it reaches home plate. This pitch is somewhere between a slider and a four-seam fastball, as it is usually thrown faster than a slider but with more movement than a typical fastball.

Why is the shortstop called shortstop?

The shortstop position is between the second base and the third baseman. Its name comes from where it’s located, as it requires the player to stop the short side of the field and act as a cutoff for the left and center fielders.

Why is second base being moved?

“Moving the bases slightly closer together creates cleaner geometry in the infield and should increase the prevalence of stolen bases and infield hits.”

When Should a pitcher cover 1st base?

On all ground balls hit to the pitcher’s left, he must react immediately and sprint to cover first base. The pitcher should break toward first base but not directly at—he should head for a point about ten feet from first base (the cut of the grass area).

Who covers first base on a bunt?